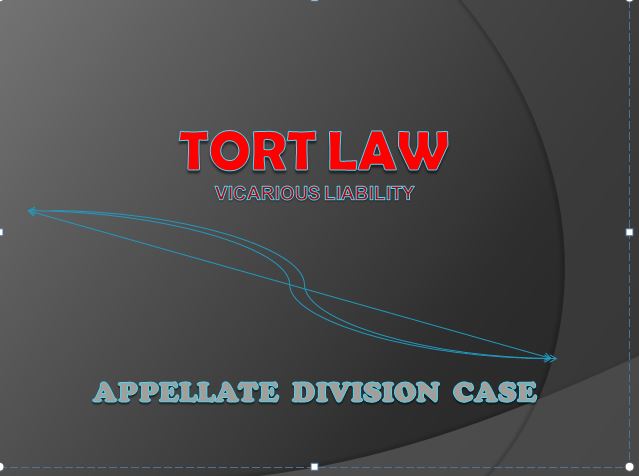 Principle: Vicarious liability made applicable in this case for tort.

The present respondent Shamsun Nahar was appointed as “Lady Confidential Typist” of the defendant-petitioner company on 1-1-1985. Since 1986, she was the sole permanent female employee of the company and from the beginning she was the recipient of unwelcome attention from two employees of the defendant company. But she had been enjoying her work in the defendant-petitioner company and found support in respectful and considerate dealings of the other employees. She was upgraded twice in 1996 & 2001 to the post of Secretary and Co-ordination Officer respectively, considering her performance. The plaintiff on several occasions of harassment made verbal complaints to her immediate superior. In 2000, the Head of the Leaf Mr. Ezaz Ahmed Choudhury, who was one of the two harassers ordered her to report to the Head Office in Dhaka as the plaintiff was directly under him as his assistant.

From then the sexual overtures and hints became more pronounced in Mr. Golam Farook Khan(another harasser)’s dealings with the plaintiff-respondent.

Once, after opening the door of a toilet of the rest house of the Company, which the plaintiff-respondent sought permission to use; discovered Mr. Ezaz Ahmed Choudhury in a compromising position with a young married lady known to her and everyone else in the office. A day later, on 31-7-2003 the plaintiff received a letter from Mr. Quazi Mohammad Shahed, the Head of Human Resources, terminating her from service with effect from 1-8-2003.

Due to such behavior, the plaintiff-respondent filed the instant suit claiming damages of a sum of taka 2,50,038,000 as damages along with interest at the rate of 15% against the defendant-petitioner company for tort committed by its employees at her work place for harassing her sexually and also for bullying her and though she had brought the matter to the notice of the Manager of the Company, yet no step was taken by him to stop such harassment and bullying rather she was terminated from her service.

The defendant-petitioner appeared in the suit filing an application for rejection of the plaint under Order VII, Rule 11(a) of the Code of Civil Procedure and argued that, the defendant-petitioner was not personally liable for any alleged damages caused to the plaintiff in form of harassment and bullying in workplace. And also contended that, the suit is not in nature of suit as contemplated in section 9 of the Code of Criminal Procedure, 1908 and that the suit is barred by law. So the plaintiff has no cause of action and so the plaint is liable to be rejected.

The learned advocate of the defendant-petitioner submitted that the High Court Division erred in law in applying the doctrine of vicarious liability which cannot be applied in deciding the cause of action of the instant suit in absence of relationship of master and servant and the offence has not been committed in the course of employment.

Then they contended that the HCD committed error of law occasioning failure of justice in not considering that the defendant-petitioner will be vicariously liable for those acts committed by its employees only if it had authorized them to do for carrying of business of the company. And those offence is in no way related with the business of the defendant-petitioner and so it cannot be held liable for the wrongful acts of its employees.

The Appellate Division after hearing both the parties and observing the judgment and order of the HCD observed that – the plaintiff-respondent was sexually harassed and attempted to approach the management of the Company. But instead she was terminated from her service. From a clear reading of the plaint it appears that the plaintiff has made allegations against the Company about its inaction to remedy the sexual harassment and bullying caused to her by its employees. A person can be liable for tort as well as damages may be claimed against him for such wrong doing as well as organization or establishment if it fails to ensure the prevention of such harassment to women as the Company has a duty of care towards her.

Whether the petitioner Company could be held responsible for such sexual harassment and the question of vicarious liability, both are questions of facts to be proved by adducing evidence. Both the HCD and Trial Court rightly found that the plaintiff has clearly stated the facts of cause of action to bring the suit against the defendant.

Again, the grounds for rejection of plaint raised by the petitioner, do not come within the provisions of Order VII, Rule 11 of the Code of Civil Procedure as none of the four conditions mentioned here is attracted in the instant suit.