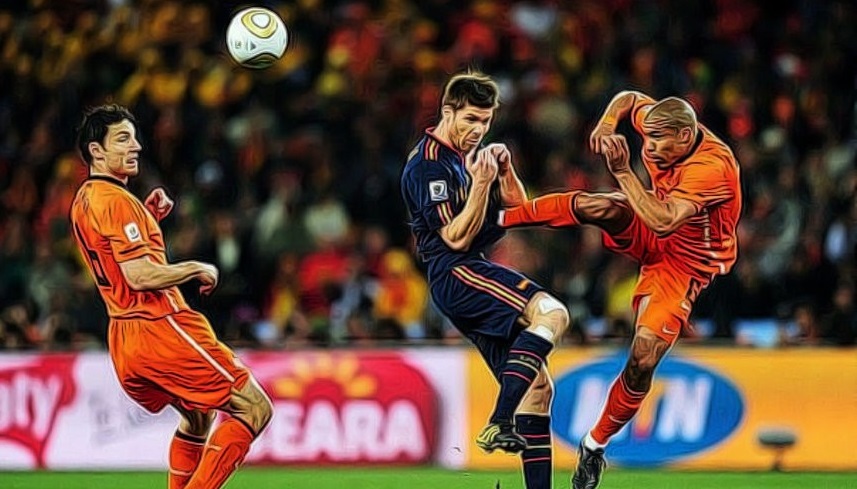 As of August 2018, FIFA has a total of 211 members,[1] which is more than that of United Nations. About 70% of the world’s total population watched some part of the 2008 Summer Olympics.[2] These two incidents point to the fact that sport is not only a recreation anymore but rather a global phenomenon. Sports has developed into a multi-billion dollar industry attracting billions of spectators around the world and providing jobs at a large scale– starting from players to ticket managers. The United Nations General Assembly Resolution 58/5 has identified sports as a means to promote education, health, development and peace, affirming the growing importance it has on the life of spectators. And thus with this rapid globalization of sports events, the pressure has been escalating on the players – the performers on the pitch to give their best day in and day out. This is resulting in stress to the players both mentally and physically. Occurrences of injuries in the field are more common now than ever. Law being the set of rules that regulate the behavior of people in a society cannot be isolated from sporting events. And law as well as providing safeguards to people off the pitch, also protects their well-being in the pitch.

It is commonly perceived that the doctrine of Volenti non fit injuria is applicable to sporting events. The doctrine asserts that when somebody has willfully placed himself in such a position where harm may be caused, he will have no remedy for that in tort. The doctrine arises where the situation entails a reasonable assumption of risk and someone has consented to be placed in that situation after having full knowledge of that risk. It is logical that any player participating in any outdoor sports will have the reasonable apprehension about the occurrence of injuries during the game. As stated in Rootes v Shelton[3],

Injuries are common occurrences in the normal course of play and a player who has caused such injury cannot be held liable, as it will discourage the participation of players and ruin the momentum of the game. Spectators have witnessed the tragic deaths of players in the sporting events over the years. Cricketers like Raman Lamba, Phil Hughes, Boxers like Leavander Johnson, Pedro Alcazar, Baseball player Ray Chapman, Paralympic cyclist Bahman Golbarnezhad are a few among numerous sportsmen who have died in sporting events.

But the immunity of Volenti non fit injuria doesn’t apply to situations where the harm is caused deliberately or negligently. Voluntarily assumption of risk only implies to harm caused in an ordinary and accustomed way. The consent of the players regarding the assumption of risk is regulated by the rules and regulations of particular sports. As stated in Blake v Galloway[4], players “do not assume the risk of savage blow out of all proportion to the occasion.” Thus, even in sports, the principle of duty of care as stated in Donaghue v. Stevenson[5] to “take reasonable care to avoid acts or omissions which can reasonably be foreseen to likely to injure neighbours” will be applicable. Condon v Basi[6] became the first case on tortious liability for player-on-player acts of violence to be heard by the courts in the United Kingdom. The case arose due to a broken leg sustained due to a late tackle during a game of soccer in an English local league. The court following the decision of the High Court of Australia in Rootes v. Shelton[7], largely ignored the defence of voluntary assumption of risk in its traditional form and held that there was a general standard of care placing all sports participants under a duty to take all reasonable care to avoid causing injury to co-participants. But no attempt at defining the standard of care to be applied in sports negligence cases was made.

Previously, the Supreme Court of the Australian Capital Territory in 1971 in the case of McNamara v Duncan[8], awarded the plaintiff $6,000.00 for damages for a blow that was intentional and deliberately delivered in contravention to the rules of the game. Even bringing criminal charges for in-field actions isn’t unheard of as there have been instances where players causing death and fractured jaw to other players have been found guilty of manslaughter[9] and grievous bodily harm[10] respectively.

Determination of liability for negligence in sports:

Finally, in Caldwell v Maguire[11], a case arising out of injuries caused by the careless riding of a professional jockey during a race, the Court of Appeal of United Kingdom recommended a test based on the following five propositions to be used when determining liability in sports negligence cases:

In case of negligent acts by player on-pitch, the team or club that the player is representing can be held vicariously liable. The contention is a very common phenomenon in English law and has been upheld in several cases such as Ellott v Saunders and Liverpool Football Club[12], Gaynor v Blackpool Football Club[13], McCord v Cornforth and Swansea City Football Club[14] etc. But in case of deliberate acts, whether the liability will fall to the team or club is still unclear. Although recently, in Gravil v Carroll[15], Redruth RFC was held liable for the deliberate punch thrown by one its rugby player during an altercation, even though the act was in breach of his contract of employment. Again in Australia, the New South Wales Court of Appeal in McCracken v Melbourne Storm[16] held the rugby league team Melbourne Storm liable for the injuries inflicted in an illegal tackle by two of its players during a game.

Even in the United States, in Tomjanovich v California Sports Inc[17], where a player suffered facial and skull fractures, lacerations and concussions due to the punch by the opponent player, it was found that vicarious liability can be established against a club for even the most extreme actions of the employee-player. After the landmark decisions in Lister v Hesley Hall Ltd[18] and Mattis v Pollock,[19] the previous position of unwillingness in imposing vicarious liability where the action was motivated by a sense of revenge or vengeance[20] is no longer applicable. The two cases have created a precedent where an employer can be held vicariously liable for the intentional and pre-meditated assault of the employee if the assault is closely linked to his duties.[21]

Thus, the activities of a player in the field cannot escape the purview of law. The protection of law can be assured to a player in the game, even though he assumes the risk of harm. The rules and regulations that are created for the beautification and proper management of a game cannot be used as an excuse to cause harm to the participants. Players and even their club or team can be held liable for the unlawful actions. Due to the strain associated with the sporting events, it has become more important to look after the well-being of the players. In order to do so, the precedents from different jurisdictions must be taken into account, since the internationalization of sports demands such.

The author is a student of 4th Year LL.B (Hons.) in Department of Law, University of Chittagong. The author is interested in research and writing and has participated in various National moot court competitions including being the researcher of the Champion team of the International Environmental Law Moot Court Competition, 2018 Jointly Organized by Eastern University & SED Foundation. The author frequently writes in English newspapers. The author is also the current Executive Editor of SCLS Law Review, a freely-available open-access online and printed law journal. The Author can be reached at a.ibnul.b@gmail.com.