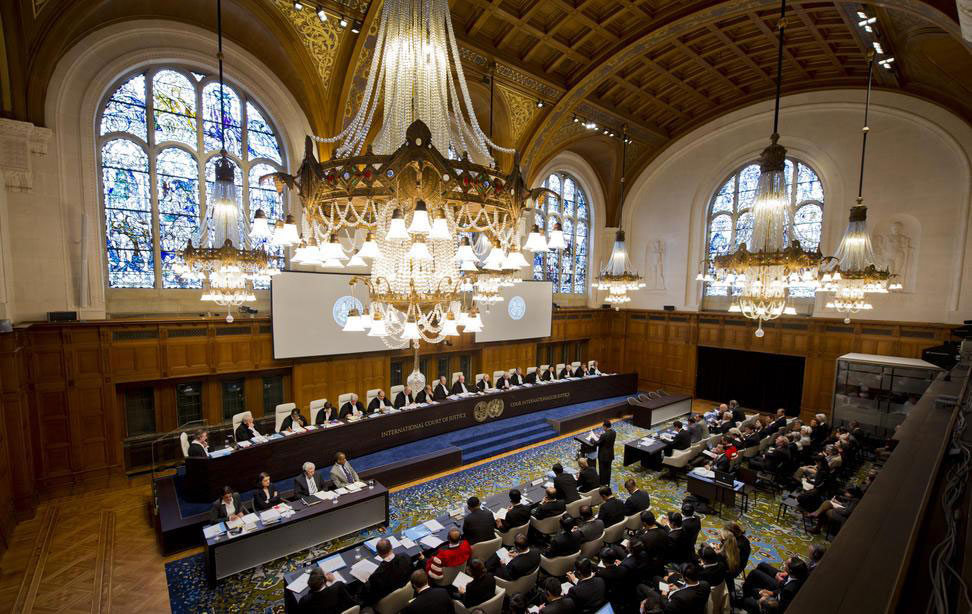 Professor Monica Hakimi’s article on the work of international law [1], which was published in the Harvard International Law Journal, received responses from four academics. Responses, then, have been encountered by Author’s reply. Both the responses from Professors Bodansky, D’ Aspremont, Krisch, Meyer [2] to the ‘cooperation thesis’ and the author’s reply [3] to those responses are full of insights and would contribute to the field of international law. Their arguments are based on strong logics. However, the arguments that have been made in the responses and reply – did not touch the analysis by which the true work of a legal instrument could be invented. In other words, the legal methods by which the intention of the framers of the law is invented – have not been discussed at all. This point could be the vital on the subject and would make the analysis more fruitful. A gap of legal analysis is still there which invites the practitioners and scholars to come forward with arguments. With the indulgence of the respected respondents and the author, I would, as a practitioner, make an attempt to add some arguments that would at least purport to fill the gap.

In the reply Monica Hakimi comments [4] that ‘whereas Professor Bodansky argues that I overstate international law’s role in enabling conflict, Professors D’Aspremont and Krisch suggest that I do not press that claim hard enough’. This comment leads me to argue that work or function of a particular law depends on what the framers or makers of that particular law intend. Do they intend the law to play a role to promote cooperation or to enable conflict or the both? This question warrants legal analysis of the principles that usually apply to interpret a legal instrument. The commonly acknowledged ‘Schools of Interpretation’ [5] and instructions of article 31- 32 [6] of Vienna Convention on Law of Treaties (VCLT) are outlined bellow:

In the light of the above one might argue that the framers of a legal instrument contemplate not only the cooperation but also the conflicts as an incidental or consequential when they make a legal instrument to reach a shared goal. If this analysis be right it necessarily supports Monica Hakimi’s argument; “conflict is instead part of the project of international law”.

In order to reply the criticism of Professor Bodansky, Monica Hakimi uses the following statements:

“ international law represents a system of norms and processes for resolving competing claims,” and, in turn, promotes peace and the respect for generally accepted, basic rights.”

“The purpose of international law, conventionally viewed, is to reduce interstate conflict and facilitate interstate cooperation.”

Monica then pulls an argument that ‘these statements reflect the cooperation thesis. They suggest that international law does or must curtail conflict in order to foster cooperation.’

Monica Hakimi’s reply to the criticism of Professor Bodansky is in the following words: according to Bodansky, the cooperation thesis is partly true because global actors sometimes use international law to promote their shared objectives and resolve their disputes. He offers the example the Montreal Protocol on Substances that Deplete the Ozone Layer. Bodansky says that the Protocol “ establishes a cooperative regime to promote states’ common interest in preserving the stratospheric ozone layer”. He acknowledges that this regime “might be understood as enabling conflict, by using ambiguous terms that permit differing interpretations and by authorizing parties to use trade measures against non-participating states”. But he argues that characterizing the Protocol as conflict-enabling would be “misleading” because the Protocol clearly fosters cooperation.

I would mention here the provisions of NAFTA [7] (North American Free Trade Agreement) in order to clarify the cooperation and conflict issue. Article 1110 of NAFTA [8] provides that “ no party may directly or indirectly nationalize or expropriate an investment of an investor of another Party in its territory or take a measure tantamount to nationalization or expropriation of such an investment (expropriation), except:

On the basis of this provision one might argue that international law fosters both cooperation and conflict simultaneously. And this argument would ultimately lean to the Monica Hakimi’s analogy; it is incorrect to assume that cooperation and conflict are antithetical –—that they pull in opposite directions, such that international law fosters one by curtailing the other. In fact, international law fosters both simultaneously. Even as it helps the participants achieve their shared goals and reconcile their differences, it also helps them have and sharpen their disputes. The two kinds of interactions are not antithetical but interdependent. And we find the true reflection of this argument through the NAFTA provisions.

I support Monica Hakimi’s argument that conflict and cooperation are symbiotic and the two go hand-in-hand. Considering the role of international law in the legal battle or at the armed battle field one might pull an argument that these conflicts themselves reflect a kind of cooperation which was contemplated by the framers of the law when it was made.

Jus ad bellum [9] defines the legitimate reasons that a state may engage in war and focuses on certain criteria that render a war just. Jus ad bellum derives from the Charter of the United Nations. Article 2 declares: “All members shall refrain in their international relations from the threat or the use of force against the territorial integrity or political independence of any state, or in any other manner inconsistent with the purposes of the United Nations”. Article 51 declares: “Nothing in the present Charter shall impair the inherent right of individual or collective self-defense if an armed attack occurs against a Member of the United Nations.’

Let me take you to the battle field where we still need cooperation that the international laws want to foster between the enemy- parties and breach of which would lead to additional crimes. Jus in bello [10] is the set of laws that come into effect once a war has begun. It regulates how wars are fought.

Finally I pull a conclusion that may be additive and supportive to the arguments of Monica Hakimi. Despite the ‘cooperation’ may be regarded as the primary object or role, ‘conflict’ is also a part of the project of international law; because framers of the law contemplate the both.

Muhammad Muzahidul Islam studied LL.B (Hons) from the University of London, Bar Vocational Course from the City University London, LL.B(Hons),LL.M from Rajshahi University, Bangladesh, Barrister-at-Law (Lincoln’s Inn, London). He is an advocate of the Supreme Court of Bangladesh and a human rights activist.