Saipem S.p.A. vs. The People’s Republic of Bangladesh (Saipem vs. Bangladesh) 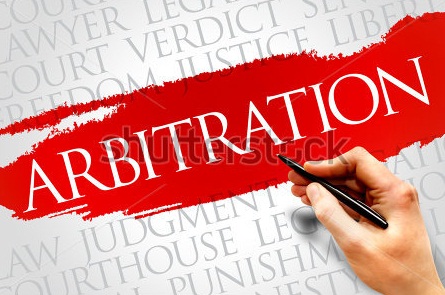 Saipem S.p.A. (an Italian oil & gas company) and Petrobangla (Bangladeshi Oil, Gas & Mineral Corporation), a Bangladeshi Public entity, entered into an agreement for building a natural gas pipeline in Bangladesh; which was governed by the laws of Bangladesh and set forth an arbitration clause which referred any dispute between the parties to the Rules of Conciliation and Arbitration of the ICC (International Chamber of Commerce) and established Dhaka, Bangladesh as the venue of the arbitration.

Because of strong opposition by the local population the whole project was significantly delayed. The parties agreed on extending the completion date but could not reach an agreement regarding compensation and additional costs as a consequence of such delay. Also, a controversy arose in relation to a warranty bond and retention monies.

The ICC Arbitration & Expropriatory Actions by the domestic courts:

Petrobangla brought various procedural requests before the ICC tribunal during the ICC arbitration. The ICC tribunal denied such requests and so Petrobangla brought an action before the First Court of the Subordinate Judge of Dhaka seeking the revocation of the ICC Tribunal’s authority. The grounds of this action were an alleged misconduct of the arbitrators and a breach of the parties’ procedural rights when deciding the above-mentioned procedural requests made by Petrobangla.

Additionally, Petrobangla filed an action in the High Court Division of the Supreme Court of Bangladesh [Saipem S.p.A. vs. Petro-Bangla : 5 MLR(AD)

Despite the decision revoking the authority of the ICC tribunal rendered by the Bangladeshi courts, the ICC tribunal decided to resume proceedings. Subsequently, Petrobangla secured various injunctions from the High Court Division of the Supreme Court of Bangladesh restraining the continuance of the ICC arbitration tribunal. Nevertheless, the ICC arbitration tribunal issued a final arbitration award holding inter alia that Petrobangla had breached its contractual obligation to compensate Saipem for the time extension and additional works.

In order to set aside the arbitration award, Petrobangla filed an action before the High Court Division of the Supreme Court of Bangladesh under Sections 42(2) and 43 of the Bangladeshi Arbitration Act 2001. This court denied the petition stating that it was “misconceived and incompetent inasmuch as there is no Award in the eye of the law, which can be set aside…A non-existent award can neither be set aside nor can it be enforced.” According to this decision, the ICC award was rendered non-existent and was unenforceable in Bangladesh. Nonetheless, Saipem did not appeal this decision.

Later Saipem filed a request for arbitration with the International Centre for Settlement of Investment Disputes (ICSID). The parties in the ICSID arbitration were Saipem and the Government of Bangladesh and the claims were based on the breach of the Bilateral Investment Treaty (BIT) between Italy and Bangladesh. The basis of Saipem’s claims was the undue intervention

The ICSID Tribunal concluded that the revocation of the arbitrators’ authority by the Bangladeshi courts was contrary to international law, specifically to the principle of abuse of rights and the New York Convention and, therefore, such revocation constituted an expropriation within the meaning of Article 5 of the BIT.

The ICSID Tribunal concluded that courts of Bangladesh abused their rights when exercising supervisory jurisdiction over the ICC arbitration process. Although national courts have discretion to revoke an arbitrator´s authority in cases of misconduct, they cannot use this discretion to revoke the authority of arbitrators based on reasons wholly unrelated to such misconduct. In addition, the ICSID Tribunal determined that the actions of the courts of Bangladesh were against the New York Convention, specifically Article II (1), which imposes on Contracting States the obligation of honoring arbitration agreements. Furthermore, the ICSID Tribunal deemed that “the expropriation of the right to arbitrate the dispute in Bangladesh corresponds to the value of the award rendered without the undue intervention of the court of Bangladesh.” Thus, the ICSID Tribunal established that Saipem was entitled for relief, which was equivalent to the amount awarded in the ICC award plus interest.

The award is noteworthy for the following reasons :