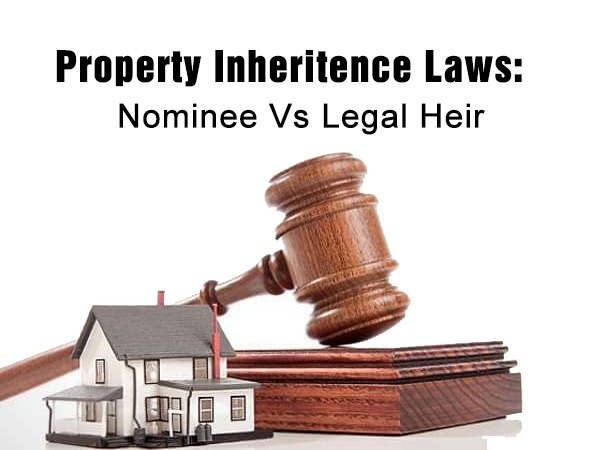 On April 03 2016, the High Court Division gave a historical judgment in establishing the rights of the legal heirs as against that of the nominees. Former Bangladesh Bank deputy director Md Shahidul Haq had Tk 30 lakh deposited in his bank as savings bond and he made Bilkis Ara Begum, his second wife, the sole nominee of it. Upon the death of Mr. Shahidul, his children of the first wife went to trial court seeking succession certificate which the lower court rejected holding the second wife as the lone inheritor of the savings. This decision of the lower court was challenged in the High Court division by the plaintiff.

And the HC bench comprised of Justice Naima Haider and Justice Khizir Ahmed Choudhury altered the lower court’s decision and declared that only legal heirs are the owner the money of savings account of the banks, not the nominee.

The legal position of the nominee has been a controversial issue in our country for a long time. Previously, under section 4 of The Government Savings Banks Act, 1873 a nominee was the absolute owner of the deposited money in the event of the death of the depositor excluding all rights of the legal heirs. Legal heirs were entitled to inherit only when the depositor dies without making any nomination. In such cases, the legal heirs were required to obtain a succession certificate under the Succession Act 1925.

Again section 109 of the Bank Company Act, 1991 specifies that the chosen nominee must be given the deposited money in the event of the death of the depositor. But nowhere in the section, it is mentioned that the nominee will be the sole owner.

The main purpose of the system of nomination in the banking system is the smooth transaction of money. If the depositor doesn’t leave any nominee, then the money will be transferred only after fulfilling certain formalities, which can be a hassle for both the bank and the heirs. But if the nomination is made then the burden on the bank authority is reduced and it can easily hand over the money to the nominee.

The Indian and Pakistani courts had settled this issue a long time ago by declaring nominee as a mere trustee of the deceased’s estate. In the landmark case of Sarbati Devi v. Usha Devi, A.I.R. 1984 SC 346, while settling the conflict of right between nominees and legal heirs under section 39 of the Insurance Act, 1938 it was held by the Supreme Court of India that “the nomination only indicates the hand which is authorized to receive the amount, on the payment of which the insurer gets a valid discharge of its liability under the policy.” While other subsequent decisions have extended the application of this rule in other instances of nomination such as bank savings, post office savings etc. And the Pakistani Supreme Court in Amtul habi v. Musarrat Parveen 1974, PLD 185 (S.C.) laid down the same principle while holding that a nomination does not constitute a gift or bequest, “and, therefore, a nomination shall not deprive the legal heir of the nominator.” In our country however prior to this decision there was no such direction from the higher court on this issue.

The decision also made the nominee system consistent with the Muslim Personal Law (Shariat) Application Act, 1937. Because the previous system was a circumvention of Muslim law of succession which was against the application of personal laws in family affairs. Whereas such application was instructed in another landmark decision of the Appellate Division in Hefzur Rahman Vs Shamsun Nahar Begum, 51 DLR (AD) 172 case. But according to Al-Murghinani, the author of al-Hedaya and a prominent Islamic scholar, “a nominee is a trustee who is empowered by another to undertake the responsibility of his property for its proper distribution.”

With this judgment the rules regarding nominee, which was a contradiction to the rule of succession under personal law, is correctly interpreted by establishing the rights of the legal heirs. Now the nominee is merely a trustee, whose obligation is to distribute the money among the heirs. Obviously, if the nominee is a legal heir then he will get his portion according to the rule of succession. However, it will be interesting to see what the Appellate Division thinks of this judgment if appealed and whether the application of this rule will also be extended to other acts such as the Post Office National Savings Certificate Ordinance, 1944 or the Insurance Act, 2010.

Although the conflicting situation regarding the rights of the nominee and the legal heirs is settled by this decision, a comprehensive and acceptable definition of the nominee is still required. And for this, the legislative body should act with accordance with the direction of the High Court and make necessary amendment to the respective laws.

(This article was originally published in The Daily Observer on April 21, 2016)