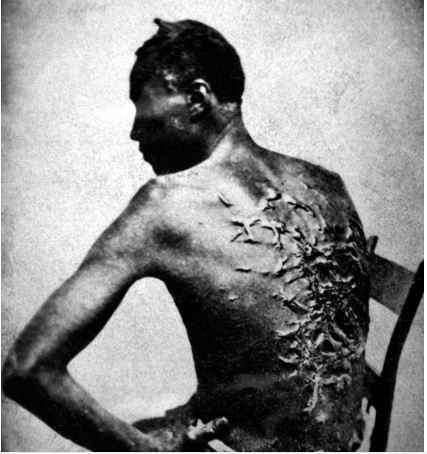 Reparatory justice means reparations for victims are meant to acknowledge wrongdoing and address the harms suffered. It focus most directly and explicitly on the victims` situation, as it seeks to provide some repair for rights that have been trampled, for harms suffered, for indignities endured.  Reparation is taken by the state to redress gross and systematic violations of human rights laws and humanitarian law through the administration of some form of compensation or restitution to the victims.

Reparation is a unique matter because its` direct indication towards the victims` situation. This can be public apology of anything for past violations or wrongdoings. This also indicates responsibilities towards the state and social commitment for any previous abuses.

There are some international laws, treaties, convention which provides provisions regarding the reparation for the victims. All these matters making the victims demand of reparation more justifiable and effective also. Some of these are:

Reparation around the world:

Reparation is recognized in many laws, but it was not raised in the court often. Reparation for the victims often is not acknowledged by the courts.

No question of reparation was raised in Nuremberg and Tokyo trial. Again The International Criminal Tribunal for the former Yugoslavia (ICTY) and International Criminal Tribunal for Rwanda (ICTR), both this courts have a provision in article 106(b)[2], which provides a way for the victims for the reparation in the domestic courts, but not in these courts.

Rule 105 of the Rules of Procedure and Evidence of the Special Court for Sierra Leone 2002 also permits independent compensation proceedings in domestic court.[3]

In The Prosecutor v. Ahmad Al Faqi Al Mahdi (ICC-CPI-2017) case, the accused were held liable for destruction of religious and cultural property in Timbuktu. The court held liable the accused of 2.7 million euros as reparation for the individual and community of Timbuktu.[4]

Again, in The Prosecutor v. Thomas Lubanga Dyilo (ICC-01/04-01/06) case, the accused were held liable for “Symbolic reparation“ for enlisting and conscripting children to participate actively in hostiles. [5]

Also in The Prosecutor v. Germain Katanga (ICC-01/04-01/07)  case, the accused were sentenced 12 years of imprisonment for one count of crimes against humanity (murder) and four counts of war crimes (murder, attacking a civilian population, destruction of property and pillaging).  [6]

On 24 March 2017, trial Chamber II issued an order awarding individual and collective     reparations to the victims of crimes committed by Germain Katanga on 24 February 2003 during an attack in Ituri district of Congo.

Trial Chamber awarded 297 victims with a symbolic compensation of 250 euro per victim who lost relatives, property or suffered psychological harm.

In the context of Bangladesh there are certain laws which provides fine or compensation for the wrongdoings, violations of rules and regulations. But most of the time the money goes to the government or other offices. The victims don`t get the money. So the reparation for the victims just become a mere dream.

In The International Crime Tribunal (ICT), Bangladesh is seeking justice against the perpetrators of Liberation war 1971. The tribunal is working tremendously throughout the time. The tribunal also recognize the compensation for the victims by its ACT. Some of these legislations and conventions are:

Despite of these legislations, in the case of Syed Md. Qaiser (2013)   and A T M Azharul (2013) in addition to the substantive punishment of the offenders, the prosecution also claimed reparation for the victims of sexual violence. In disagreeing   the reparation claim the Tribunal advanced three reasons: [7]

Again, about the matter of “investment of money by the offender“, the case of Mir Quasem Ali is very important. There was an allegation against him that he appointed lobbyist throughout the world to stop the activities of the tribunals. He spent US$25 million to frustrate the trial of offences of crimes against humanity.

In the appeal of Mir Quasem Ali case, the Supreme court of Bangladesh said, “Quasem was a very resourceful person and was capable of engaging lobbyist firm by spending US$25 million to frustrate the trial of offences of crimes against humanity.“

The judgment also stated, “The fact of engaging a lobbyist firm may or may not be true, but fact remains that learned Attorney General has collected a receipt of payment of US$25 million from which it can be inferred that the appellant is a very resourceful person…. This is evident from the materials on record as well,”[9]

Reparation upon the states:

After the first world war, reparation was imposed upon Germany by the Allied and associate powers. By the Treaty of Versailles Germany was imposed to pay 132 billion gold marks (33 billion US dollar) in reparations to cover civilian damage caused during the war. For this payment, 3 categories of bond were introduced. Germany was to pay only 2 categories of bond, `A` and `B`, which amounts to 50 billion gold marks (12.5 billion US dollar).

India was under the colonization of UK from 1857-1947. But the exploitation were started before 100 years after the death of Siraj-ud-doulah, the last “ruler“ of Bengal. In the early 18th century, India’s share of the world economy was 23%, as large as all of Europe put together. By the time the British departed India, it had dropped to less than 4%.

The handloom weavers of Bengal had produced and exported some of the world’s most desirable fabrics, especially cheap but fine muslins, some light as “woven air”. Britain’s response was to cut off the thumbs of Bengali weavers, break their looms and impose duties and tariffs on Indian cloth. Weavers became beggars, manufacturing collapsed; the population of Dhaka, which was once the great center of muslin production, fell by 90%.So instead of a great exporter of finished products, India became an importer of British ones, while its share of world exports fell from 27% to 2%.

As Britain ruthlessly exploited India, between 15 and 29 million Indians died tragically unnecessary deaths from starvation. The last large-scale famine to take place in India was under British rule; none has taken place since, since free democracies don’t let their people starve to death.

Some four million Bengalis died in the Great Bengal Famine of 1943[10] after Winston Churchill deliberately ordered the diversion of food from starving Indian civilians to well-supplied British soldiers and European stockpiles.

The construction of Railways, regarded as benefit for India. But railway always used for the purpose of Britain welfare. The raw materials were taken to the port by railway. The ship took all the material to Britain. British shareholders invested lots of money for this purpose and their interest were guaranteed by the government. It was a scheme described at the time as “private enterprise at public risk”.

India also contributed in World War II. The contribution was more than the others. Despite suffering recession, poverty and an influenza epidemic, India’s contributions in cash and materiel amount to £8bn ($12bn) in today’s money.

Two and a half million Indians also fought for British forces in the Second World War, by the end of which £1.25bn of Britain’s total £3bn war debt was owed to India, which was merely the tip of the iceberg that was colonial exploitation.

But despite all the sufferings and grievances, the British Empire never ever acknowledged their wrong doings which caused irreparable loss to the people living in the Indian subcontinent. The whole economy of Britain was based on the exploits from the subcontinent and for that the British should first acknowledge their share of blame and pay reparation accordingly.

The government allocated a very small portion for the East Pakistan, though the population was huge. In 1970, the West Pakistani rulers misappropriated a massive $200m fund that came as donation in the form of relief materials and cash from different countries after one of the deadliest ever cyclonic storms hit East Pakistan in November of that year.

When the war began, undivided Pakistan had a foreign exchange reserve of $4.32bn, a share of which was Bangladesh’s legal right.  Bangladesh has been seeking bilateral talks with Pakistan for many years but there has been no response from the other end.

According to government estimates, the Tk18,000 core that Pakistan owes Bangladesh includes $2.16bn – half of the wartime reserve of undivided Pakistan – and $200m as the cyclone relief.  All these legitimate claims of Bangladesh hasn`t been acknowledged and paid by Pakistan.

The reparatory system is not only favorable for the victims also for the community. Any kind of investment for any criminal offences will be acknowledged by this process. This will prevent any kind of further crime also. This will bring peace and stability in the society too.

At the end, the reparatory justice system is a process for the restitution of the victims social status and also to get the compensation. The process will provide a great help to the society in greater extent in near future. Though this process is new to many of us in our country but in the legal arena of the world it is not new, rather this process was started after the first world war, by giving reparatory punishment Germany and its allies. Hope so, this will bring justice and also peace in the society.

Shifat Alam is a 4th year student of Department of Law, University of Rajshahi. He can be reached at shifatalam414@gmail.com.