This article aims to define the doctrine that “reasonable expectation” (“RE”) of an honest man must be protected and explore its necessity in the common law countries. This article would include a comparative critical analysis on whether existing common law mechanisms are self-sufficient to protect the policyholders’ rights who are in a less advantageous position in an insurance contract. This research would further embrace the case studies and academic opinions to measure the criticisms and challenges the RE doctrine often encounters in practice. 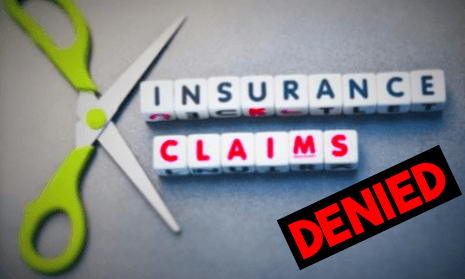 An “insurance contract” is defined as a “special” kind of contract between an insurer and a policyholder where an insured provides the premium as a consideration for bearing some risk of an uncertain event.[1] Moreover, a contract of insurance is also known as “adhesion contract”[2] as insured get very diminutive chance to take part in the contract. Through the passage of time, Courts and prominent scholars proposed the doctrine of Reasonable Expectation (hereinafter “RE”) of the insured to make a balance and to establish fairness in insurance contract. Thus, this doctrine plays a considerable role to diminish the dominant control of the insurer over the policyholders.[3] It has been argued for long time that, this doctrine is a much-needed tool for the Court to give effect contracts where insured party is in a less advantageous position to bargain.[4]

The concept of RE was first formally proposed as a distinct “doctrine” in the area of insurance law by Professor Keeton[5] in his article “Insurance Law Rights at Variance with Policy Provisions”.[6] Keeton placed that,

“[t]he objectively reasonable expectations of applicants and intended beneficiaries regarding the terms of insurance contracts will be honored even though painstaking study of the policy provisions would have negated those exceptions”.[7]

Prior to clear discovery of the RE doctrine, the Court used to protect the insured’s rights through applying the equitable principles developed by the common law system.[8] Moreover, the Court used to offer “benefit of doubt” to the insured in their interpretation of a case.[9] Thereby, Courts used to draw a balanced approach by placing a “judicial thumb” on the side of the insured to resolve the grievance i.e. unequal “bargaining power” between an insurer and insured.[10]

RE doctrine proposes that “the paramount concern of the law should not be logical consistency…but socially desirable consequences”.[11] Hence, the main rationale of the application of RE is to “redistribute” and “transfer” the “social costs associated with losses” among the people living in society to diminish the effect of “losses on individuals”.[12] M Fischer referring the Henderson’s words i.e. “redistribution” should be done in “fair” and “equitable” way, argued that, RE is a “methodology” to execute it.[13]

To date RE is not adopted by Bangladeshi Court and other common law countries including the English Court. The main purpose of this paper is to discuss and critically evaluate different aspects of this doctrine focusing whether RE doctrine should be introduced in the common law system.

Applicability of the Doctrine of Reasonable Expectations

It has been placed that, the range of this doctrine is very limited and it has rarely been used in case laws, thus, it has no practical implication as such. In this regard S. Abraham propounded that, this doctrine has a “minor significance” because it has rarely been used and affected the result of insurance coverage.[14] This also proves from Henderson’s article where he showed that, only sixteen States from the U.S. somehow (position is not clear) adopted the principle and among them only ten States considered this doctrine as a new and innovative development in the legal field.[15]

Necessarily, to apply the RE, one needs to identify what the insured party recognized or understood by the policy. In most cases, it has no value due to the fact that, policyholders hardly ever get the chance to go through the policy before entering into the contract.[16] Often policyholders only get the chance to go through “promotional literature” and “proposal” outline prior to finalize the terms and conditions.[17] Hence, it has been argued that, such cases arise in a rare event, and there is no point of introducing that doctrine in UK.[18] Alternatively, this problem could be solved by applying the “collateral contract” principle as often initial documents induce the policyholder to enter into contract.[19]

Prof. Keeton’s doctrine of RE is known as “synthesis” of the existing common law principles of contract law.[20] Insurance contracts are mostly categorized as “aleatory” contract having some “distinct features”.[21] Moreover, often the Courts consider insurance contract as “contracts of adhesion” and thus, interpret against the insurer.[22] Keeton in his write up proposed the RE doctrine (one of the justification Keeton used) as to resolve the problem associated with “adhesion contract”.[23] Moreover, he also focuses on the complexity of the insurance terms and “technical language[s]” most of the time insurer used.[24] Plotkin argued that, the application of RE and Court’s approach in unambiguous cases could be justified as to the fact that policy contracts are “crucially differs” from the typical contracts.[25]

In recent U.S. cases, Courts are tending to treat an insurance contract as an ordinary contract as well.[28] Moreover, Courts have started to reject RE principle as a distinct and separate doctrine for the insurance contracts and giving preference to the old contract law principle i.e. “contra proferentem”.[29] Most significantly, Courts are taking cautious approach while applying the RE doctrine and not applying the doctrine in un-ambiguous contract cases to give effect to the actual wordings of the contract.[30]

Recently, New Zealand Court refused to follow the RE doctrine and confirmed that insurance contracts are ordinary contracts and it has no existence in the New Zealand legal jurisprudence.[31] In O’Loughlin the Court held that, the terms and languages of the policy are the “initial focus” in interpretation.[32] However, the Court agreed that, other factors carries some value as to interpret and to find actual meaning and intention of the parties but “primacy” belongs to the contract.[33] In this case Court referred the English case of Yorkshire Water Services[34] and followed the principle established by this case.[35] In O’Loughlin Asher J established that the Court should apply the general contract rules as to interpret the insurance contract.[36]

S. Abraham criticizes the doctrine that it creates “tension” among the insurers and the ensured regarding extent of obligations and extent of coverage.[37] This is due to the fact that, RE doctrine is not precise and predictable[38] and different judges interpret and apply RE in a different manner.[39] Further, M. Popik and D. Quackenbos in their article recognized the RE as “unpredictable, unprincipled and uncertain”.[40] Moreover, they also criticize the doctrine referring “a trilogy of problems” i.e. “Ad Hoc Judicial Lawmaking Policy”, “Reconstruction in the Guise of Construction” and “Expectations in the Eye of the Beholder”.[41] First, application of RE facilitates the Court to turn into a “mini-legislature” through declaring insurance contract invalid applying their discretion.[42] Second, the Court tends to reconstruct the contract in the name of interpretation of an ambiguous policy (Prof. Keeton also agreed on this point[43]).[44] Third, through the application of the RE doctrine Court takes a “bias” position against the insurers, since, each and every policyholder’s somehow develop their RE up to the extent that his/her policy would cover each and every losses.[45]

Further, the case of Allen[46] which considered as a most widespread “anti-reasonable expectations” case ever,[47] the Court contended that, RE doctrine create confusion instead of helping the Court as it is not precise and applies differently in different case.[48] In majority judgment Court held that, sometimes this doctrine applies to interpret imprecise contractual terms, sometimes in precise cases, sometimes to prevent the insured from “adverse” effect, sometimes to bring “non textual indicia of meaning” within the contract.[49]

More rigorously, in Allen the Court rejected the RE as arguing that, RE doctrine needlessly puzzles the law since it has nothing new to add in the legal field to protect insured and to interpret an insurance contract considering the availability of the other remedies in the common law jurisprudence.[50] It has been argued that, existing equitable principles should be used to maintain certainty in law and to avoid the “infirmity” associated with RE doctrine.[51]

In summing up, it can be stated that the doctrine of RE is one of the controversial and mostly discussed doctrine in the insurance law. In U.S., Courts followed and praised this doctrine as one of the great developments in the insurance law jurisprudence. However, we have observed that, this doctrine is not above the criticism and faced some strong and notable challenges from the Courts and distinct scholars. Even though initially U.S. Courts followed this doctrine in a significant number of cases, however, recently Courts and Scholars are (mostly) rejecting this doctrine and giving preference to old contract law doctrine “contra proferentem”.[52] The application of the doctrine in unambiguous cases face enormous criticisms and challenges questioning its validity as it is conflicting and undermining the well established common law principles associated with importance of wordings and languages of a written contract. It would be judicious to suggest that, in theory at least, RE doctrine carries some values and plays a role as a safeguard for the insured parties which should be recognized and praised accordingly.

The writer Rizwana Naznin is a Barrister-at-Law and currently working as an Associate at Supreme Law Chamber. Previously, in 2013 she completed her LL.B. Hons’ from University of London, UK and then she obtained her Master of Laws (LL.M.) in International Commercial and Maritime Law from Cardiff University, UK. She has recently completed her PGDL Bar Professional Training Course from Cardiff University (UK) and been called as a Barrister of the England and Wales. She is a legal columnist and writes for a number of daily newspapers including Daily Sun and the Daily Observer. She also has authored and published a number of scholarly research manuscripts in distinguished law journals. She welcomes constructive feedbacks from the readers & she can be reached at: rnaznin17@gmail.com