Position of Nominee and Legal Heir in Statutory Laws 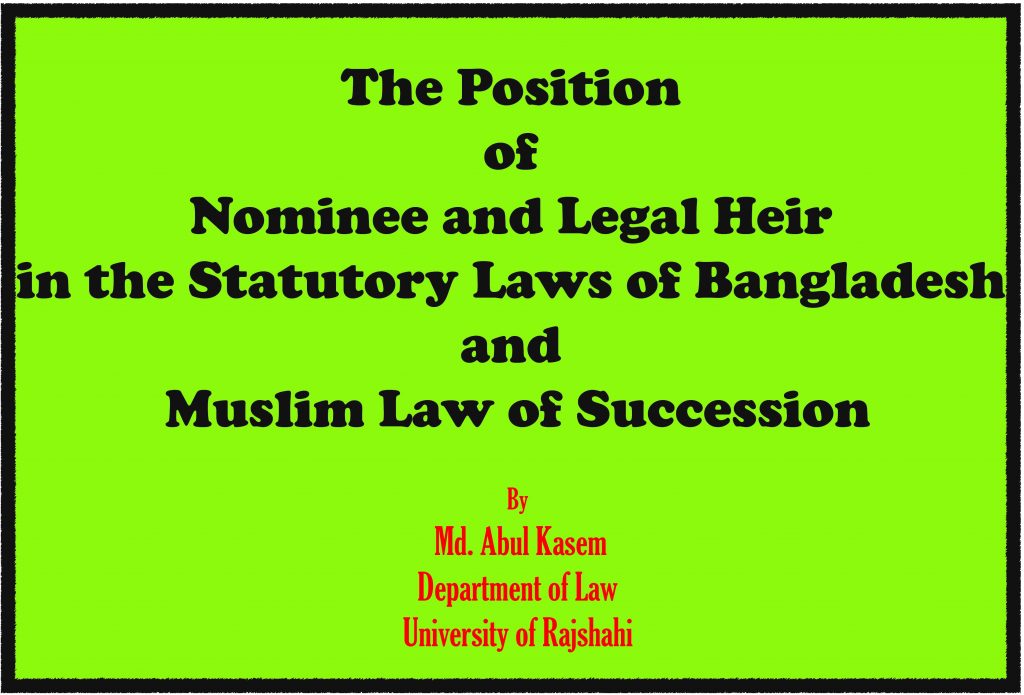 Nomination system is being developed day by day. At present this is a settled method of transferring property after the death of the deceased. In the absence of the nomination system the legal heirs of the deceased have to run here and there to get the money deposited in bank or provident fund or insurance company. To save the heirs from the uncertainty this very system has been emerged. But this is contradictory with the traditional Muslim law of succession. Nominee excludes all other persons whether he/she (n) is a nominee or not. Even if she/he is a legal heir, she/he excludes the other heirs.

The study aims to examine the existing laws relating to nomination in Bangladesh and the legal heirs in Muslim law of succession.

The present study found that the nominee in Bangladesh is an absolute beneficiary of the deposited money or savings money in the provident fund. Legal heir has not any right of enjoyment in the nominated property. This study tries to explain the concept of nominee and legal heir under both the statutory law and Muslim law. To explain the nomination system the foreign laws and judgments have been taken as example.