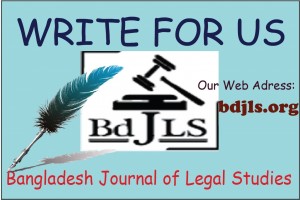 In the grounds of detention, it is stated that the detenu had been engaged in various anti-social and unlawful activities, and for that there was resentment and hatred against him in the minds of the public. The detenu was previously detained twice from April 1982 to April, 1983 and from November 1984 to March 1985. In November 1988 another order for his detention was passes, but the detenu evaded arrest by going over to India. For his oppressive and terrorist activities, the detenu was suspended form the post of chairman of kotwalipara upozila. The detenu organized an armed illegal bahini known as the Special Army and that bahini is still existing. so that nobody dares raise any objection against him. Although as the most important ground of detention the Govt. in the last affidavit disclosed that, the detenu was involved in a mission to hit 225 of highest law officer of the country. Habiba Mahmud, the wife of the detenu, filed a writ petition in the High Court Division, which was dismissed by the court. And an appeal has been made challenging the judgment given by the High Court Division.

The appeal was allowed and the judgment and order of the High Court Division was set aside. It was held that the grounds upon which the detention was made were vague and insufficient. Firstly, the ground that the detenu formed an illegal armed force was not subjective in the present detention order. Because the Court found that there was no fact upon which the detaining authority can be satisfied that such an armed force was still in existence. Also there was no clear indication in the affidavit of the respondent as to when it became aware of the return of the detenu and what kind of prejudicial activities he resumed after returning from India.

Again the Govt. kept from the detenu one of the most important ground for detention hidden based on the proviso of section 8 of the Special Powers Act and Article 33(5) of the Constitution, which was only disclosed on the second day of hearing. The court opined that Govt. have the right to not disclosure of any particular fact which it deems as against public policy. But the Court have alone the right to look into the materials to decide whether liberty of a citizen is unconstitutionally violated. In this particular case the Govt. choose to disclose a very important ground at a time when the detenu was deprived of reasonable representation. Thus it was held that the detenu Kazi Mahmood Hossain was detained without lawful authority.