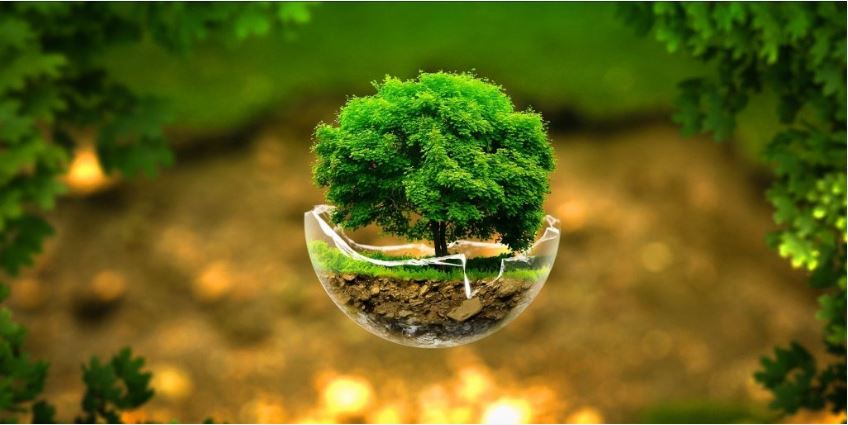 Environmental Laws are for the conservation and protection of the environment and ecology. These laws lay down the rights and duties of citizens and public agencies in consonance with the global call for a healthy environment. Environmental laws existed in the country right from the 19th century; although they remained either unenforced to a large extent or were inaccurately known to the people and the responsible public agencies. The prevailing traditional practices were not conducive to environmental protection or conservation of resources. Some laws have also become redundant, as the conditions for which these were enacted do not exist any longer. However, the government passed a national conservation strategy, adopted the national environment policy of 1992 and revised the old law by enacting the Bangladesh Environment Conservation Act, 1995.

This Act was passed in 1995 for the conservation, improvement of environmental standard and control through mitigation of the pollution in the environment in Bangladesh. Later on, this Act has been amended for several times. This Act is closely related to the Department of Environment, pollution, environment, environment pollutant, occupant, environment conservation, ecosystems, hazardous material, and wastage and the Director General. “Before enactment of this Act, there was an Ordinance named ‘the Environment Pollution Control Ordinance, 1977 but it did not take all aspects of environment into account. The penal aspects were not strong enough. As a result, it became necessary to amend the Ordinance of 1977 and adopt a new one in consistence with the demands of the time. The earlier law, namely, “the Water Pollution Control Ordinance, 1970 was repealed by this Ordinance of 1977. So, we have got a new Environment Conservation Act, passed duly by the parliament in 1990”. In order to take quick and necessary steps, natural resources and over-all environment have been brought under the broader purview of environment Conservation Act. The Act contains other important rules such as the rule of assessment of the environmental impact, issuance of necessary clearance certificates, provision of rigorous penalty for those violating the Act and the making the process of implementation easier in the application of the Act. The environmental law plays a crucial role in promoting environmental protection through the sustainable use of natural resources, prevention of pollution and integration of environment and development. It provides an important framework for regulating social behavior and transforming sustainable development policies into enforceable norms. The environmental law assists governments in adhering to international regimes and building national capabilities to address major global, regional and national environmental issues and problems in the context of sustainable development in Bangladesh. In this context, the existing environmental Act of 1995 is a landmark for achieving sustainable development and environment in Bangladesh.

“Under section-5 of subsection 1 and 2 of the ‘Bangladesh Environment Conservation Act, states that if any area is threatened to reach an environmentally critical condition then the Government may declare it as ecological critical area through Gazette notification which has already been made clear under section-2 of the ‘Bangladesh Environment Conservation Rules, 1997”. The Act of 1995 also empowered the government to declare an area to be an ‘ecologically critical area’ when its eco-system appears to be under serious threats of degradation or degraded. To note, the High Court directed the government to stop the anomalies and to declare the Jaflong-Dawki River as an ECA upon a court order, the government has declared the Jaflong-Dawki River as a new ecologically critical area (ECA) soon to protect it and its ecology from destruction because of mindless extraction of stones from the river bed and adjacent areas since long. With this, the country will have the total of 13 places as ECAs: the Sundarbans, Cox’s Bazar, Saint Martin’s Island and Sonadia Island, Tanguar Haor, Hakaluki Haor, Marjat Baor, Gulshan-Baridhara Lake and Dhaka’s four rivers – Buriganga, Shitalakkhya, Turag and Balu. In the ECA’s, a prohibition has been imposed on some activities that include felling or extracting trees; hunting and poaching of wild animals; catching or collection of snails, coral, turtles, and other creatures; any activities that may pollute soil, water, air and or create noise pollution; and any other activity that may be harmful for fish and aquatic life. There are eleven areas such as human settlement, ancient monument, archeological site, forest sanctuary, national park, game reserve, wildlife habitat, wetland, mangrove, forest area, bio-diversity declared as ecological critical area for the restoration of the environment and development of Bangladesh.

This Act has also given operational definitions of ecosystems. Previously, such definitions did not exist in the legal regime. This act has given the Director General of the department of environment all the authority needed to deal with matters connected with protection of the environment. If the Director General is convinced that any particular activities is causing damage to the ecosystems either directly or indirectly, he may order or direct the concerned person to take corrective measures for it.

As per section 06 of the ECA 1995, the driving of vehicles, emitting smoke that is injurious to health and environment is prohibited. If the Director General or any officer authorized by him is convinced that a vehicle is emitting smoke is harmful for health can stop the vehicle for examination.

Widespread use of polythene shopping bags brought about massive socio-economic and environmental disaster. “The government has banned the use of polythene and its marketing in Dhaka city since 1st January, 2002 to prevent such disaster. Later, since 1st March 2002, the ban has been extended throughout Bangladesh”. In order to implement legally the declaration of ban on production, use and marketing of all kinds of polythene shopping bags, “the Environmental Conservation Act (amendment), 2002 has been passed by amending and inserting section 6A of the Environmental Conservation Act, 1997. If any person violates this provision, cases or litigation will be filed against him/her under the Environment Court Act, 2000”.

The ECA 1995 also defines certain environmental offences and prescribes for their punishments. Moreover, to supplement and fulfill the objectives of the Act, the Bangladesh Environment Conservation Rules (ECR), 1997 was adopted in accordance with section 20 of the ECA, 1995. Furthermore, ECA 1995 and ECR 1997 are not free from loopholes. These Acts followed the “Prevention is better than cure” maxim. That means it is very much Cure Oriented and only deals with post-harm situations. The provision for punishment makes the implementation of this Act rather difficult, as that requires exercise of magisterial power.

To take prompt legal action against environmental pollution, the government has passed several laws where the concept of sustainable development or right to healthy life was not incorporated of the past two or five decades back laws. However, it is the outcome of the very recent concerns about environment. Such a law cannot play any effective role in combating environmental pollution in today’s Bangladesh, where over population; poverty and illiteracy are aggravating this crisis day by day. But if we consider the recently passed Bangladesh Environment Conservation Act, 1995, then we can observe that this Act includes all pollution control measures for achieving sustainable environment and development in Bangladesh, although, Bangladesh is a signatory to as many as forty four international conventions, treaties, and protocols in connection with the conservation and protection of environment and ecology. Some of them have been ratified. But there are some others which are yet to be ratified such as Aarhus Convention (Convention on Access to Information, Public Participation in Decision making and Access to Justice in Environmental Matters 1998), Espoo Convention (Convention on Environmental Impact Assessment in a Transboundary Context 1991), London Convention 1972, Helsinki Convention 1992 etc.

Upal Aditya Oikya, currently enrolled in LL.M Maritime Law Program of Bangabandhu Sheikh Mujibur Rahman Maritime University. He has concluded his LL.B (Hon’s) from BRAC University. He is the founding President of UNESCO Club, BRAC University, Dhaka; also the founder of Surdhuni Library. He can be reached at aditya.oikya@gmail.com